You could argue that wireless data communications began in 1782, when Claude Chappe used semaphore towers to send messages between Paris, France and the city of Lille, 137 miles away. Called the ‘Telegraph,” Chappe’s system was the origin of the word used for electrical messaging systems developed in the following century. It didn’t work in bad weather, it didn’t work at night, there was no network security and the data rate between Paris and Lille was roughly one symbol per minute. But, it was the cutting edge of technology in its and an instant success. New telegraph lines soon sprang up all over Europe. When Morse code and electrical signaling came along, they were faster and more efficient than the Chappe Telegraph, but the name stuck.

Data communications have continued to improve ever since. And, just as happened with Chappe’s telegraph, it would seem that new technologies must automatically supplant their predecessors.

But, sometimes that’s impractical. There are still millions of perfectly serviceable serial devices in the world – from industrial automation systems to scientific instrumentation. And, new serial devices are still coming . Serial technology is reliable, still very useful, and so much has been invested in existing serial devices that the serial standard will not be disappearing any time soon.

This article will review serial device server technology’s usefulness and drawbacks and demonstrate how to access serial data from locations that are either remote or restricted and, thus, out of range of a Wi-Fi network.

When the first serial device servers were introduced, they closed a connectivity gap between connected devices and remote networked PCs. The development of the serial-to-Ethernet device server in the late was another step forward. Later, the advent of USB made accessing serial data from desktop and laptop PCs easier than ever.

But, as tablets and become more ubiquitous in the corporate and M2M business world, connecting to serial ports has become a little more complicated. Tablets and smart phones do not have serial ports. In fact, they tend to have limited wired connectivity of any kind, largely relying upon wireless communications for their interaction with the rest of the world. They are wonderful devices, but they are not natively designed to interact with serial equipment. Manufacturers, suppliers integrators of M2M equipment – as well as their customers – have a continuing need for serial communications. So, what can they do about the communications gap?

HOW DOES IT WORK NOW?

Serial Device Servers (SDS) can be wired or wireless. The most popular types are network or TCP/IP device servers. In either case -- wired or wireless – the serial server translates the serial data into an Internet Protocol (IP) format that can be transmitted across a network.

Wireless device servers contain a Wi-Fi client similar to the one in your laptop and connect via Wi-Fi or 802.11. The most common standards are 802.11b/g and 802.11b/g/n. Wireless servers can connect to either an Infrastructure network or an AdHoc network.

When the serial device server network interface is connected to a LAN, it provides an IP address that all other network devices can use for sending and receiving information. This address is unique to the SDS. Since this address is the location for all interactions, a secondary reference is used to locate the information or resource required for the specific interaction. This is called a “port number.”

By using the combination of an IP address and port number, it is possible to uniquely locate any serial port on the network. It works like this: a serial device server has a physical serial port connected to port 8023 on the network interface. The network interface connects to the network and gets an IP address of 192.168.2.100. After combining the two pieces of information the full address of the serial port would be 192.168.2.100:8023. Any network connected device capable of accessing that address can receive data from – or send data to – the serial port. See Figure1.

SO, WHAT’S THE PROBLEM?

Current network serial device servers are designed to be used with an existing network infrastructure. If you have a manufacturing facility, warehouse or office, chances are you already have a network installed – wired, wireless or both. Connecting to these networks has become much easier with the latest versions of SDS technology. See Figure 2. 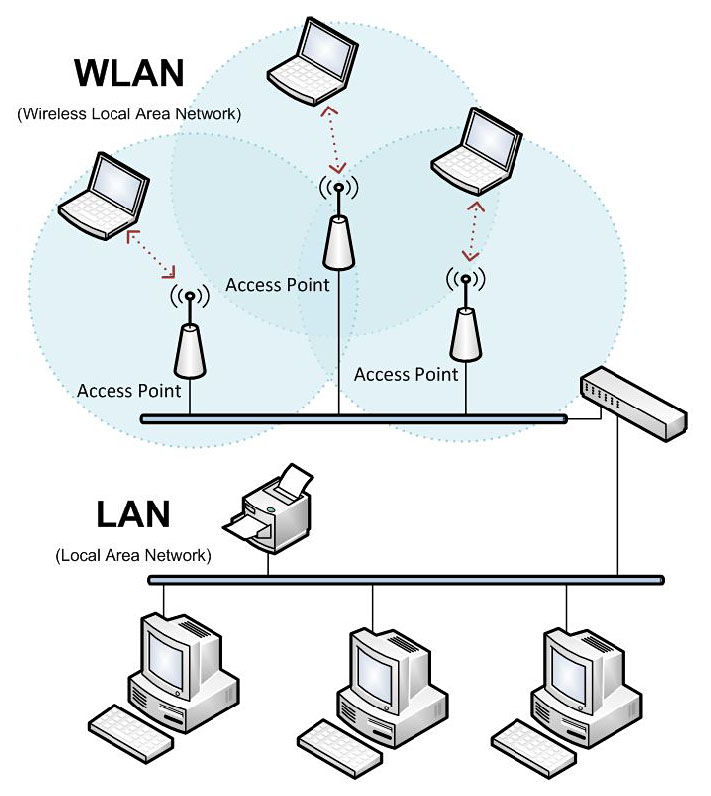 A wireless network uses Access Points to connect a variety of computers and equipment, allowing them to share resources and information. Referred to as Wireless Local Area Networks (WLAN), they use the Internet Protocol (IP) suite for data communication between computers, networks  devices.

But, what happens when you want to talk to a device that is not covered by an existing wireless network? A large portion of the desired serial data may come from remote locations that are out of the coverage range of the corporate Wi-Fi network or in an area where access to the available network is restricted because of IT policy and security rules. How can users access the data from these devices?

Historically, another wireless network type called AdHoc has been used where no available infrastructure network exists. AdHoc is a peer-to-peer based network that does not use a central resource (access point) to manage the network connection and structure. AdHoc networks can be established when just two clients are within range of each other, with each group of devices being referred to as a “cell.” They use the Internet Protocol suite for data communication between the devices in the AdHoc network. See Figure 3. 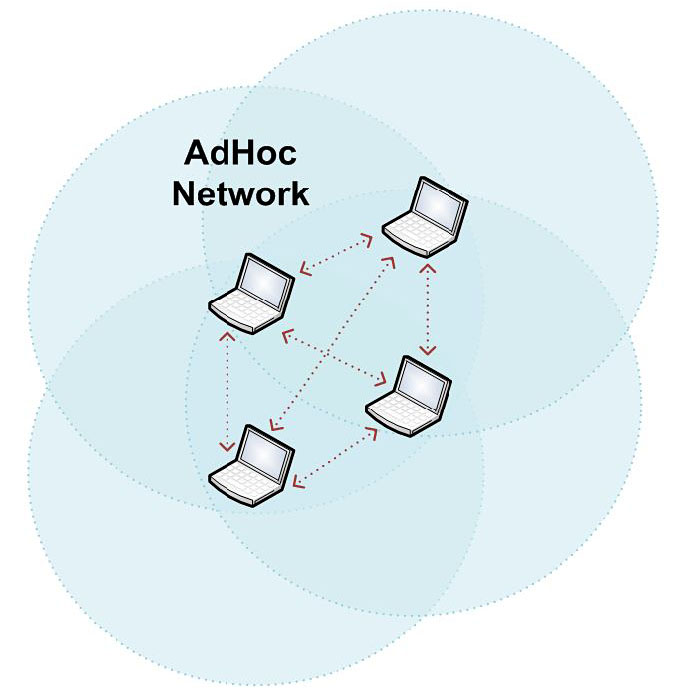 However, AdHoc has certain issues:

There is an additional issue with AdHoc networks. The latest Android™ tablets and  do not connect to them without modification of the devices. There are also known issues with certain iOS devices that make it impossible to use them with AdHoc networks that employ wireless SDS’s, which forces users to carry bulky laptops for remote access.

WHAT ABOUT EMBEDDED HOTSPOTS?

As your technician comes into range of the network, his  or Wi-Fi tablet sees the network, connects to it and receives an IP address from the embedded AP. His device can then access the serial port on the AP using the appropriate IP address and port number. It does not change the way the SDS devices are used – it just makes them easily accessible to tablets and phones.

The example device from B+B SmartWorx (see Figure 4) can support up to two serial devices, an Ethernet 10/100 network and multiple wireless clients simultaneously. It provides WPA/WPA2 security and an embedded DHCP server. Both an embedded module and an external boxed version are available. 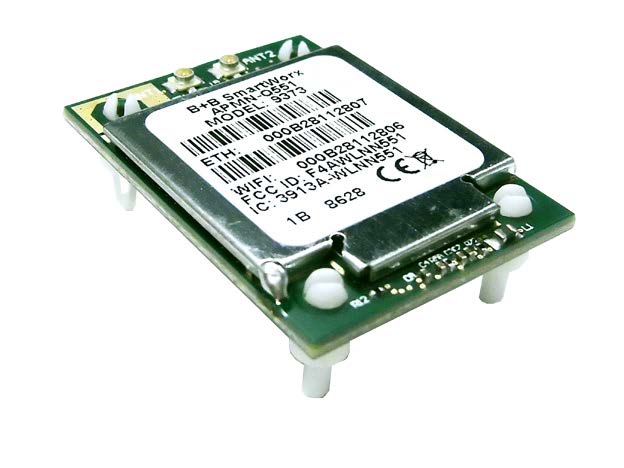 Serial ports have been around for a long time, and they represent an earlier generation in communications engineering. But, that does not mean that  and tablets cannot talk to them. They still have a lot of information to share.